Finding your way in Japan

...and I’m a Life Science student at the Radboud University, the Netherlands and I came to Japan to be a Research Intern at the RIKEN Brain Science Institute.

Why Japan, why the RIKEN institute?, well I wanted to discover the ‘other side’ of the world while working at a high-level Research Institute. You can find a variety of fundamental and applied research in Biology, Physics, Chemistry, Medical Sciences and Computer Sciences. The seven campuses are spread all over Japan, and 2017 was an exceptional year as the institute celebrated its 100th anniversary.

After some internet research and a few conversations with professors at my University later, I applied to a lab that would challenge me and broaden my knowledge of Science even more. How come? Until now I specialized in Molecular Biology, which means I focused on the structure, modification and regulation of DNA and proteins. But currently, I work in Brain Science and joined a project that is entirely out of my comfort zone. You could say I zoomed out a little bit. 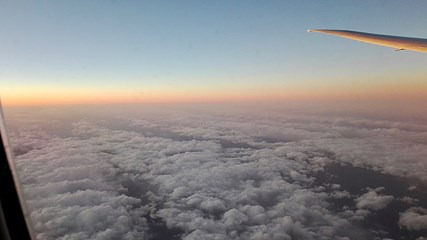 I now study how different organs communicate and regulate each other through the neurons, resulting in a complex system that controls the growth of an organism. And because starting with the most complex organism, the human, is a little bit tricky, we use the fruit fly (Drosophila melanogaster) to test our hypotheses.

As I went through all four seasons here in Japan, I decided to split my experiences and encounters into 4 blog posts. Without further ado, I would like to share with you the first few months of my journey.

A mild and snowless winter in Japan

And there I went. Looking at a beautiful sunset above the clouds, knowing that it will be evening when I arrive. And yes, once we went through the wall of clouds, the lights from thousands of buildings, streets and vehicles were laid out under us. My destination was Narita Airport, and after flying over the city for about 30 minutes, I landed on Japanese grounds.

Welcomed by the numerous vending machines selling drinks, snacks and ice cream, I travelled to the city of Wako-shi that is just outside Tokyo and found my place thanks to one of my colleagues.
The next few days were filled with discovery trips through Wako-shi and Narimasu, which is the neighbouring district but is already part of Tokyo. I was happily surprised by the sunny winter days that gave rise to beautiful sunsets almost every day. On one of these evenings, you were even able to see Mount Fuji on the horizon. 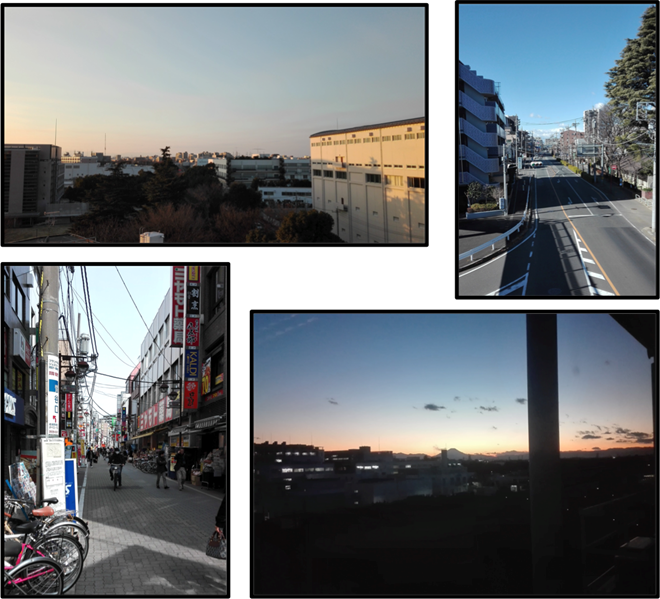 What do you do on the weekends? GO INTO TOKYO! And luckily from Wako-shi it is just 15 to 45 min by train depending on the location in Tokyo. After taking a walk through Ikebukuro, which is known for its department stores, I travelled south towards Shinjuku. Here you can find an enormous building with two observation decks at the 45th floor, one in each tower. Your ears will notice it when the elevator brings you 202 meter above the ground in about 20 seconds. Once up in the sky, I was not able to see the edges of the city; everywhere I looked I saw towers, apartment buildings but luckily also some parks like Shinjuku Gyoen National Garden or Yoyogi Park. Once on the ground again, you notice that the ‘small’ tower that you saw just a few minutes ago is actually quite a tall building. While the sun was setting, the city lights became blighter and brighter. The feeling when you step out of a metro station, and you see these tall buildings and a number of people surrounding you is breathtaking, especially at night! Flickering lights, music, advertisements and much more accompanies you, while you are searching for your way in the crowds. 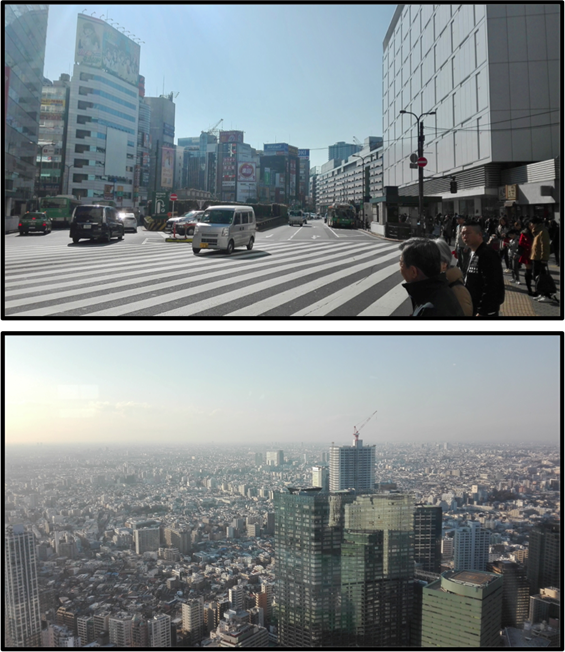 Upper: Streets of Ikebukuro; Lower: View from the observation deck at the Governmental Building in Shinjuku

The significant advantage of living so close to Tokyo is that you can take your time to discover every single spot, take a few moments at small local shrines and temples and just enjoy your stay. No rushing is needed because you can only go next time. So let me show you the busy streets of Shibuya and Harajuku that I encountered over the following weekends. Walking on the famous Scrambled Crossing in Shibuya as well as following the packed crowds through Takeshita street aka Kawaii Street felt surreal. 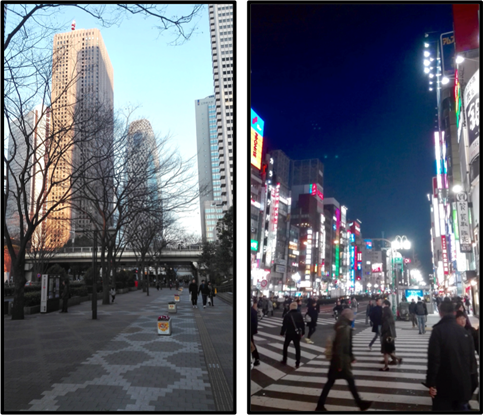 I was walking through the streets and all of a sudden I come across fluffy, cute and pink toys which are very much popular here. You can find a lot of clothing with animals or cartoons printed on them as well as accessories like pink cat ears. You may say it is only for children, but that is not the case here. You can find young and old dressed in cute Chip 'n' Dale sweaters. 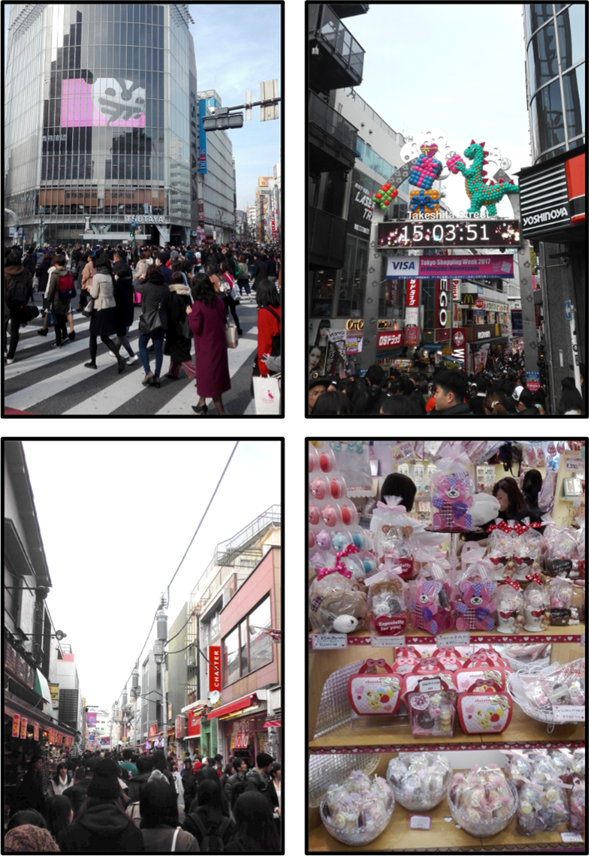 The most remarkable moment just happened 10 minutes after I walked through Takeshita Street. I was heading towards Yoyogi Park to visit the Meiji Shrine, located at the centre of the park. Massive trees and a torii welcome you and within a few moments, you realize you passed into a different part of Tokyo. These century-old trees take away the sounds of the city and you can only hear the animals, the walking sounds of people and sometimes chatting. Once inside the park the people become quieter and try to embrace the nature. The shrine itself is beautifully made but is unfortunately now (summer 2017) under construction. 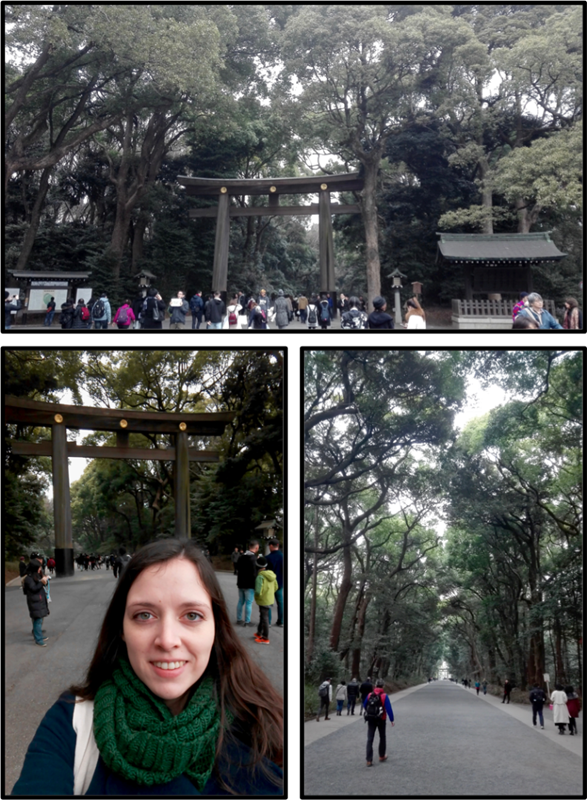 Dazzled by the beauty of Yoyogi Park I wanted to explore the Imperial Palace East Gardens next, and so I went on another sunny weekend to the park. It was somewhere around the end of February, beginning of March and I could have guessed that Gardens do have other plants then parks. For that matter, many plants were still in their ‘winter state’ but there was one Cherry blossom tree that had opened up his petals even though it was still chilly at nights. 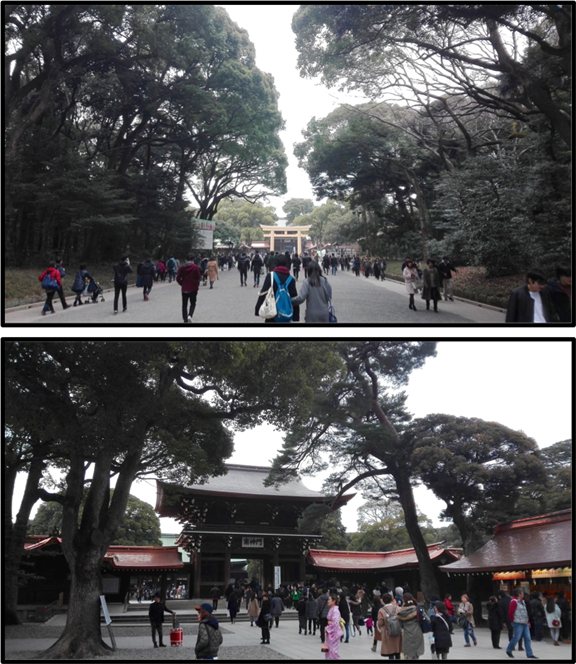 Nonetheless walking around the garden was tranquil and relaxing. This was perfect for me as my weeks ahead are thoroughly planned with sorting out flies with the right genetic background, cooking fly food and imaging. Time "flies" (LOL)...when you are having fun. 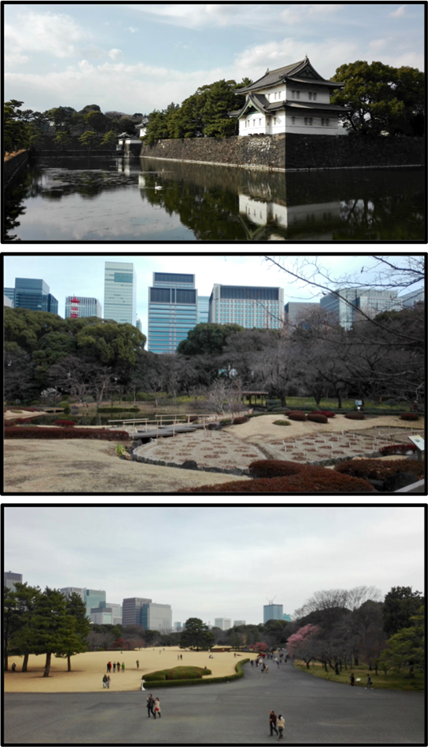 Another exciting event for me can when I was able to go to the RIKEN Joint Retreat, which took place in Hamamatsu. It takes roughly two hours by shinkansen (bullet train), and you can enjoy the view of Mount Fuji while the train journeys towards the south. Hamamatsu itself is a windy but beautiful city and is mostly known as the City of Eel and for its musical instruments. Big names like Kawai Musical Instruments and the renowned brand Yamaha have offices there. 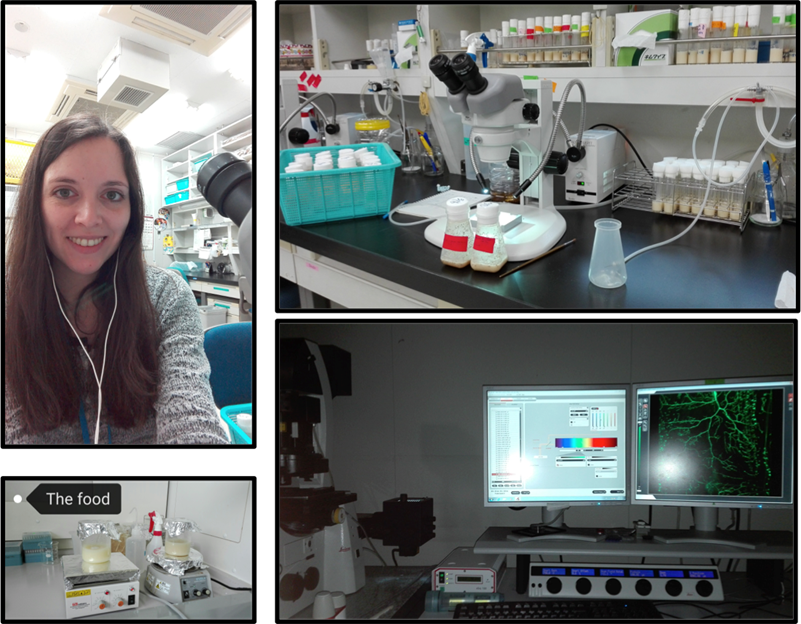 After listening to presentations and getting to know more about the projects during my time in Hamamatsu, there was still time to visit the city itself and we, my colleague and I, went to the castle, the Museum of Musical Instruments and a lovely little shrine. After travelling back to Wako-shi my days were filled with keeping the flies healthy and happy. 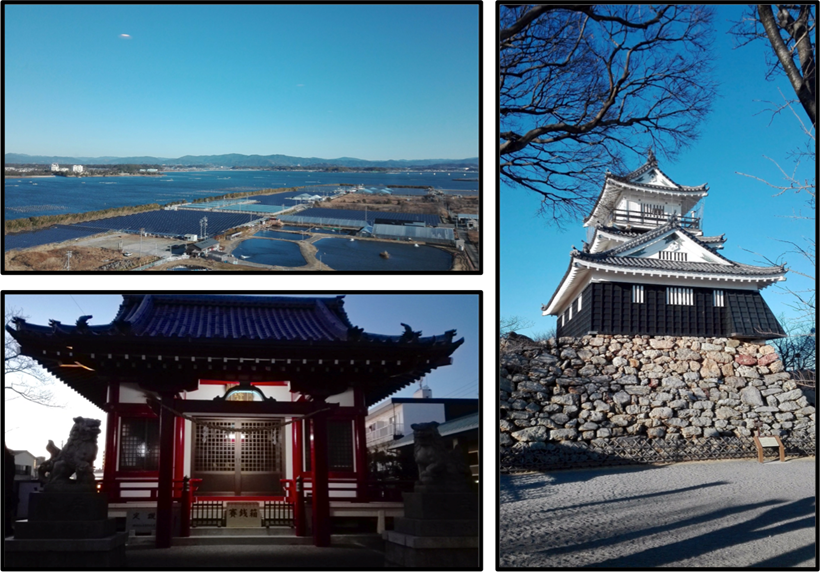 I can’t wait to show you how beautiful the trees become during Sakura season. So stay tuned for the next one!

KILROY Foundation is a non-profit organization set up to improve education opportunities throughout the world. The foundation does this through education related aid projects in developing countries as well as offering grants to students in the Nordics, Belgium, Poland and the Netherlands.